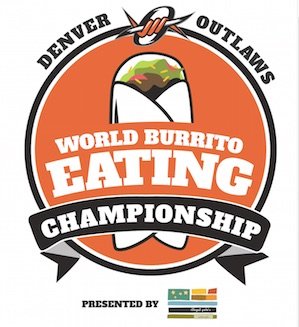 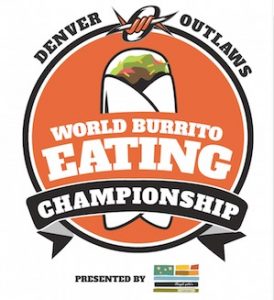 Great news, world: The Denver Outlaws World Burrito Eating Championship Presented By Illegal Pete’s is back for 2017. Major League Eaters from near and far are ready to compete in this delicious, demanding event. The Illegal Pete’s burrito is the tastiest in all the land; the only question that lingers is how many can they eat in 10 minutes of sanctioned competition?

If they are Joey Chestnut, they would know the answer to that question and they would know that the answer is a staggering 14.5 Illegal Pete’s burritos in 10 minutes. Chestnut set this incredible benchmark at the 2016 Championship; he is expected to defend his title again in 2017.

Who dares to challenge the great Chestnut in the event he has straight up owned since its inception in 2015? Who likes eating delicious Illegal Pete’s burritos? (Everyone. Of course, it’s everyone. That’s a stupid question.) Who will compete in the cauldron of excellence that is Denver’s own Sports Authority Field at Mile High? This is The Denver Outlaws World Burrito Eating Championship Presented By Illegal Pete’s! At the table or in the crowd—don’t you ever miss it!

This contest will take place at 8:30pm Mountain time on Saturday, May 27, 2017, at the home of the Denver Outlaws, Sports Authority Field at Mile High. The stadium is located at 1701 Bryant St. Denver, CO 80204

For ticket information, contact the Outlaws at 303-OUTLAWS (688-5297) or visit DenverOutlaws.com