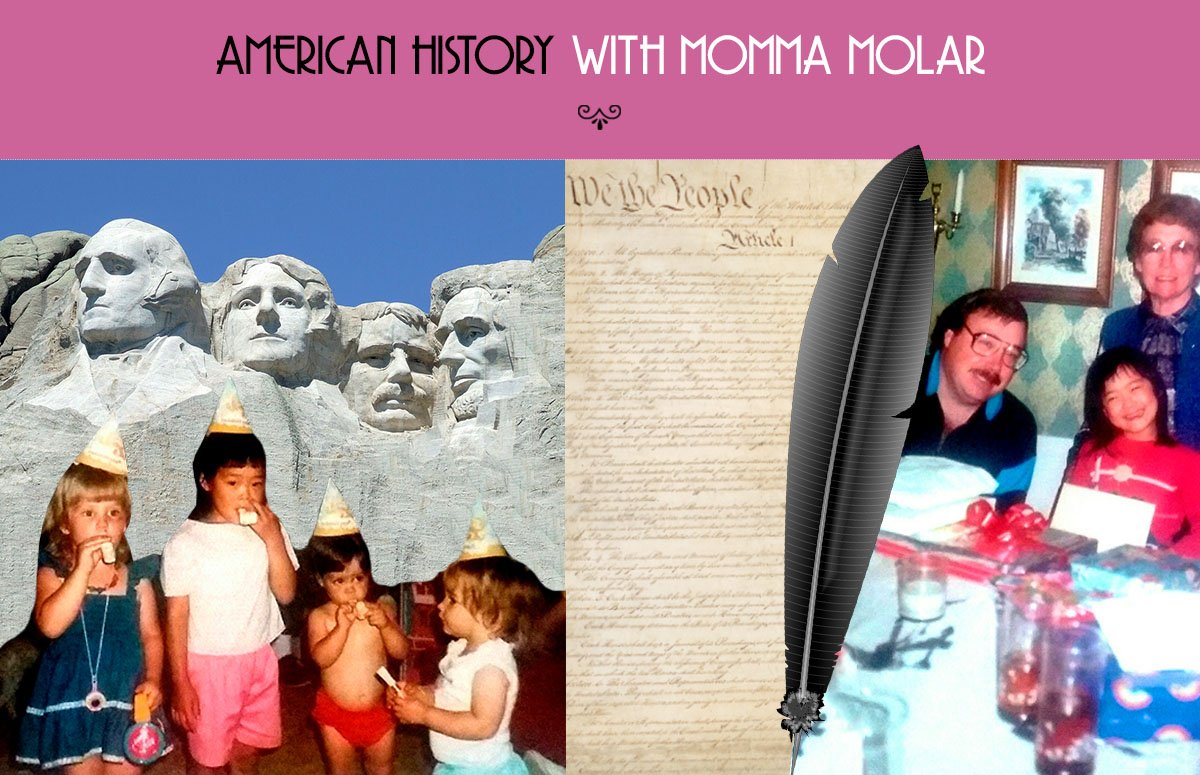 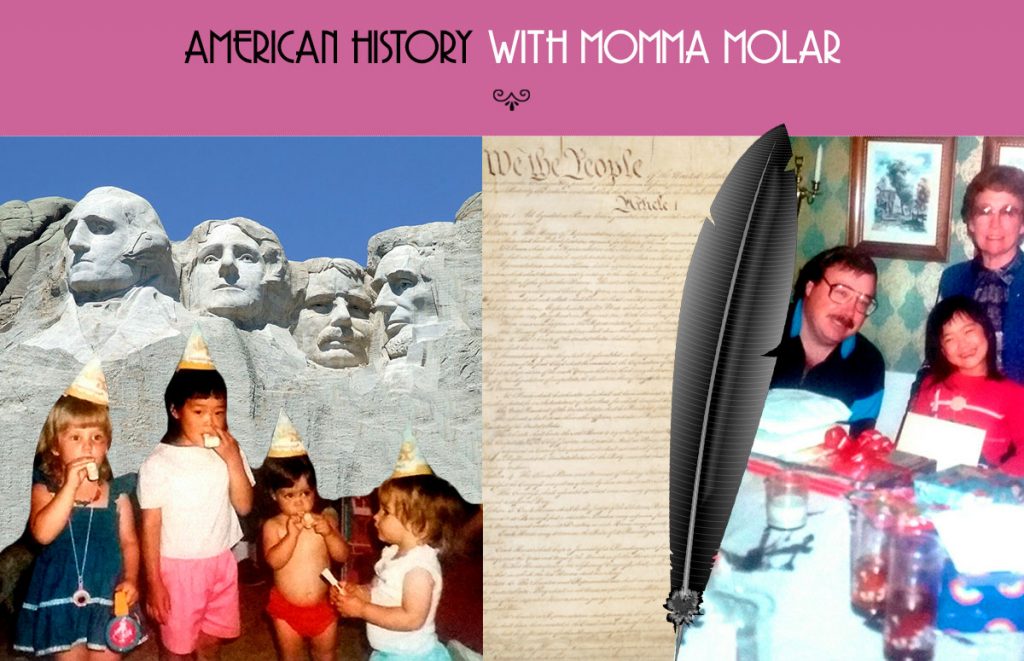 “Bowers?… Bowers?…” The social worker scanned the airport terminal as I happily chewed on my fist with my toothless, slobbery smile.

“We’re here!” My new family gestured to her.

With that, me and all of my belongings were delivered into the arms of my waiting mother.

My parents would probably describe me as “a handful from day one”, but there wasn’t much to hold. At twelve pounds, I was roughly the same weight as a bald eagle when I arrived in the United States. Only five months old, I came with the bare essentials: a t-shirt, a diaper, and a pacifier. A baby like me didn’t own much. In spite of my humble beginnings, someone was kind enough to give me the gift of my only luxury item on the journey from Korea – a tiny flag with stars and stripes, representing the place that would become my home.

By the time I was two, I had grown out of what I am told was over a year-long case of jet lag. I don’t know how other babies account for their nocturnal interests; maybe there’s an exchange program that straddles the International Date Line. Like most toddlers, I was chatty but unintelligible. My parents were kind enough to translate my language of “Toddler” to “English” when I took the Oath of Citizenship. And with that, I officially became an American.

By the time I was five, I was able to clearly convey my heartbreak when I realized the dolls in my toy box and the dolls at the toy store looked nothing like me. I wanted blonde hair and blue eyes just like them. I wanted to look like my classmates who looked like my dolls. My parents assured me that I was beautiful as I was, but it was little comfort. Inclusion and representation are siblings, adopted by the same family of principles.

So my parents did what they could to redirect my anxiety. Dad built me a sandbox, where I could dig and build castles. He built me a playhouse with a miniature kitchen. Mom gave me play-doh and cookie dough to bake in my pretend oven. I ate both. She made Dad a pink tutu, so he could pretend to be a warped, but improved version of the Tooth Fairy while he twirled in the yard with me. He was Momma Molar and I was his baby filling, complete with foil hat. We became explorers, actors, and storytellers.

The stories I loved best were the ones about real life, from my Dad’s childhood – how his friends carried him up and down the stairs to and from class after he injured his leg in a sledding accident, every day until he could walk again. Or the time he and my Minneapolis-raised uncles accidentally destroyed the cotton crop when visiting relatives in the South. Apparently “chopping cotton” means chopping down weeds around the cotton, not the cotton plants. They were trying to be helpful.

As I grew, so did the complexity of my father’s stories. My history and civics homework were supported by stories about the events he had lived.

Dad launched his political campaign for Minnesota State Senate against the backdrop of the Vietnam War. Times were turbulent and stakes were high. Protests were unfolding not only in Washington, but across university campuses around the country. St. Cloud State was no different.

Though he never shared his thoughts on the war, he clearly conveyed his memories of one protest in particular. After marching through the adjoining neighborhoods, several protesters arrived on campus. With the flick of a lighter, the U.S. flag was set ablaze by a man who was screaming profanities. Seeing that no law enforcement officers were near, my father gestured to his friend to call the police. Dad approached the protester and informed him he was under citizen’s arrest.

It was the beginning of the end for my father’s political career. He was branded by his opponents as a “fascist who opposes free speech.” But Dad accounted for his actions with a simple and reasonable explanation. “The university had a right to fly the flag. The man burned their flag. Burning someone else’s things is vandalism. It’s not okay to take away someone else’s rights to make a statement about your own. It’s not okay to set other people’s things on fire.”

People are incredibly complex and so is the world in which we live. It is up to us to acknowledge that it is possible to alienate others by failing to represent them, even if we are not trying to cause harm. Knowledge that we see as “obvious” can vary based on where we were raised. All of us have different experiences. What is on the surface often has a deeper explanation behind it. It’s important to listen before making assumptions. More importantly, we must remember that even the greatest heartbreaks can be transformed into something different if we are willing to create, to imagine, and to dream – especially when there are others who are willing to take a twirl or two alongside us as we write the next chapter of our story.

When I take a moment to look at my family through the lens of today – rising tensions with North Korea, in race relations, in the exercise of free speech, and in the revival of long held divisions between North and South – our story exemplifies exactly what that tiny flag, brought by an infant Korean immigrant truly represents.

“We the People of the United States…”